The boys went to an overnight summer camp for two weeks.  I’ve had so many questions I’ve been so excited to ask them.  I tried, I really did, to not ask so many questions.  But it was hard.  I wanted to know all about this fabulous experience and understand their new world, even though I probably am not a welcome visitor in that world.  I’ve tried to respect that and honor that, and yet inquiring minds want to know!!  I just can’t help myself.

Did you have fun?
Did you make new friends?
Who is that blonde kid you are always standing next to?  What’s his name?  Where is he from?
What activities did you like best?
What did you learn?

I really think that for the most part, summer camps, especially southern summer camps, are all very much alike.  There is something that can only be called “camp spirit” that is a living part of this magical experience.  Also, all summer camps smell the same – or at least all baggage and dirty clothes smell the same.  This I confirmed as soon as we got home and I opened the duffle bags.  This makes it easy for camp-people to relate to each other, even if they went to different camps.  This is in part how I knew the boys would have a great time, even though they would not be romping through the same forests and streams that I did as a kid.

END_OF_DOCUMENT_TOKEN_TO_BE_REPLACED 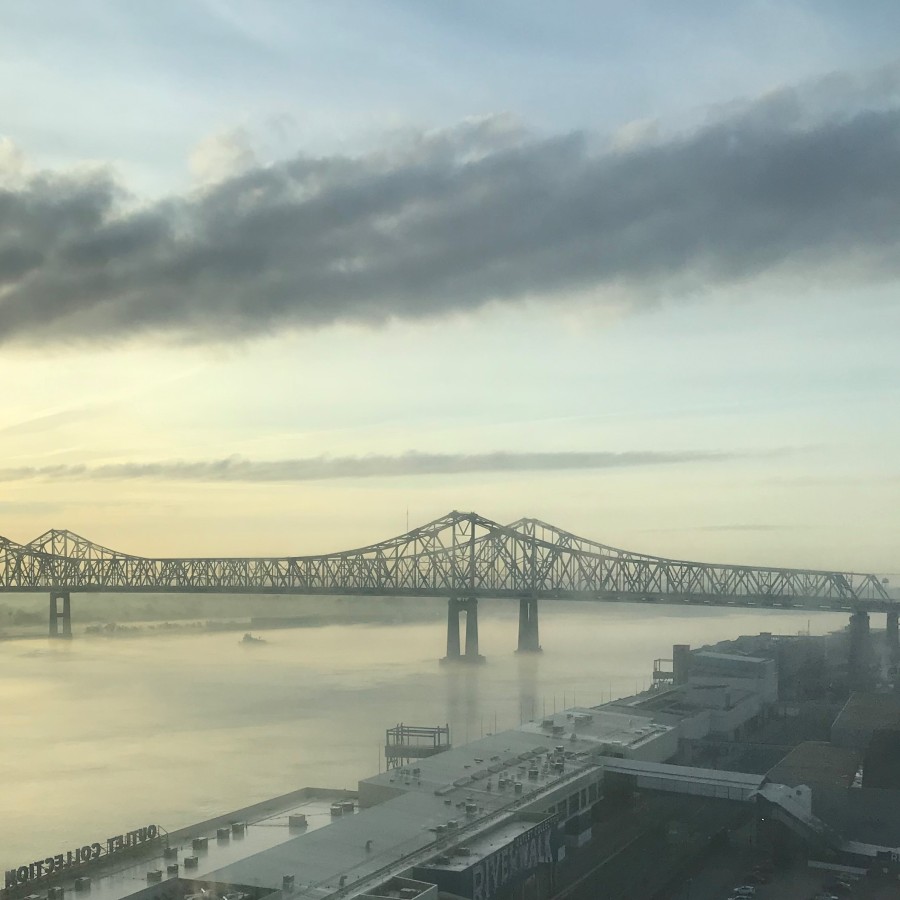 This week I find myself in New Orleans, and so naturally, this idea of “home” continues to plague me.  I’m here for a work meeting, and the city is surprisingly quiet.  I went to Café du Monde on the first night in town and I’ve never seen the place so empty.  Sure it was a Monday night, but even so, the French Quarter was all but deserted.  Perhaps it’s because it was a weekday, or because Mardi Gras season, while technically in effect, isn’t nearly in full swing yet.

I feel conflicted, in a way, being here.  The last time I was in Louisiana was 8 years ago, to say goodbye to the family home before my parents sold it and moved to another state.  I feel drawn to this city, the stomping ground of my youth, and yet also feel very disconnected from it.  But there are triggers for long-forgotten memories everywhere I look, everywhere I walk.  There is the Aquarium of the Americas, destination of many-a-school field trip.  There is the parking lot where we would always park on day trips to the city.  There are the Canal Street shops where my dad would buy his suits from Brooks Brothers.  There is where the Hard Rock Café once stood.  There is Jackson Brewery where we would buy trinkets from souvenir shops.  There is the plaza where the street dancers would perform.  There is the Riverwalk, once the site of the 1984 World’s Fair (which I did attend), and later a boutique shopping mall, and now, after a freightliner slammed into the building, after Katrina flooded it, sadly an Outlet Mall.  There is Café du Monde.  And St. Louis Cathedral and Jackson Square, uncannily devoid of the fortune tellers and street performers.  And Central Grocery.  And Mother’s Po-Boys.  And Court of the Two Sisters with it’s legendary brunch.  And Pat O’Brien’s with it’s legendary dueling everything.

END_OF_DOCUMENT_TOKEN_TO_BE_REPLACED

I’ve got the idea of home on the brain again.  It’s probably not surprising, given the time of year.  Well-meaning friends and neighbors casually ask “are you going home for the holidays?” to which I can only reply “no, we are staying right here.”  But it is actually fitting because, for all intents and purposes, this is home now.  It’s the place I’ve lived the longest.  It’s the only home my boys have ever known.  Yet this idea of “home” seems to elude me, and gnaw at me, a kind of still unresolved story line.

My wife and I often play the “where should we move to” game?  I actually get unnerved when we do this because we just seem to talk in circles, feeling more unsettled each time we take up the discussion.  “If you don’t like where you are, just picture where you want to be” extols August “Auggie” Pullman in the movie version of Wonder.  It sounds easy enough, but this particular vision seems impossible to see.  Earlier this year we flirted with packing it all up and moving somewhere else, a kind of “anywhere but here” mission.  But in the end, the stars just didn’t align.  Job offers never materialized.  Negotiations stalled.  Dreams and desires and hopes collided.  It was as if the universe was clearly sending us a message.  We are meant to stay put, right here.  For now at least.

END_OF_DOCUMENT_TOKEN_TO_BE_REPLACED

(or Do Turtles Ever Get Homesick?)

I’ve just spent two weeks away from home.   Some would call this a “vacation.”  I don’t mean to sound flippant or ungrateful.  Yes, we’ve been in England these last two weeks… but mostly visiting my in-laws and in the non-stop company of two young, jet-lagged children who don’t really understand where they are or why their bodies are so out of sync.  It’s hardly been restful or restorative, as the word “vacation” usually implies.

What I’ve noticed most about this trip is my longing for home, a home-sickness of sorts, that I’ve never experienced before when we’ve traveled.

Perhaps it’s because it’s been more than two years since we’ve made the journey over the pond.  Or maybe it has to do with being here, during the Brexit vote and subsequent fallout.  I long for the perception and illusion of stability and safety back home, as opposed to the stark reality of instability and unknown that can’t be avoided on this island.  England, or more generally the EU, was always our backup plan.  If things get too politically unstable in the U.S., we always can head to Europe, or so we thought.  Now I’m not so sure.  I want my children to thrive in a global world, not be restricted to small-minded island thinking.

Maybe it comes from so many years of living in a country where I felt so many of the states were “off-limits.”  Sure there are gay people living in all 50 states (shock! horror!), and many did so under repressive local governments, but that’s never what I wanted for myself or my family.  I refused to live in such places and was lucky that I didn’t have to.